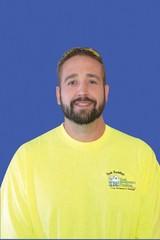 Erik Hagen grew up in Wauwatosa, Wisconsin.  He started plumbing for his father in law at Meyer’s Plumbing, and went through the plumbing apprenticeship through the Plumbers Local 75 Union.  He earned his Master Plumber License in March 2010, and opened his own company with wife, Holly Hagen, in October 2010.  Erik and Holly have 2 children, a son who is just graduated high school, and a daughter starting high school next year.  Erik is an avid hunter, and enjoys archery, fishing, and being outdoors.